Rosaries and Prayer Ropes in Tradition 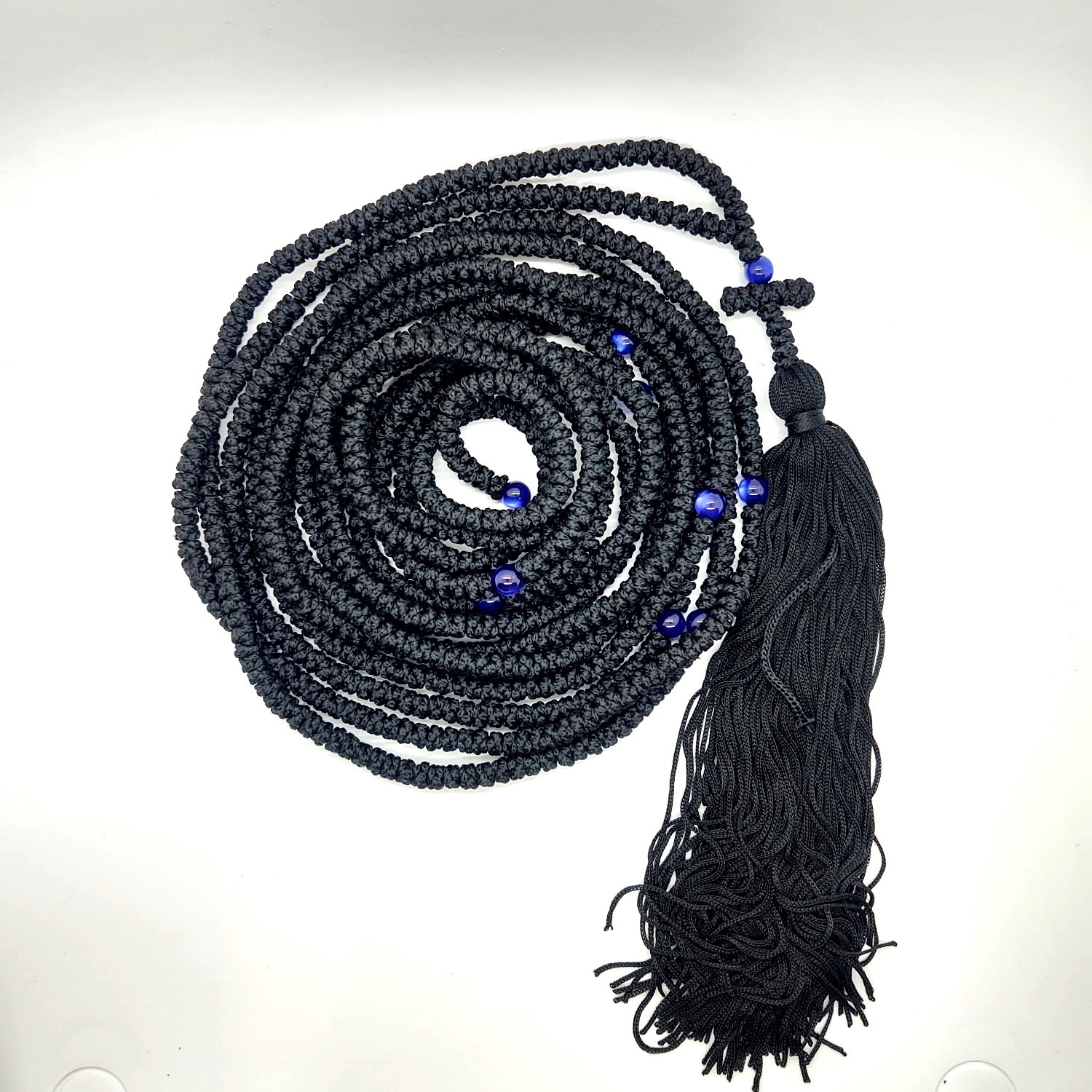 Today I want to talk about something that I think should be ecumenical and help in bridging the gap between East and West. Now, I realize that there are some very serious obstacles in both theology and piety when it comes to unity between East and West. I am not trying to minimize that, however, in this article, I will not be arguing about any of that. My goal here is simply to take a look at a way that both of us can open a door to dialogue with our friends on the other side of the debate. For example, I’m an Orthodox Christian, and I think that this particular line of discussion is helpful in opening the door to discussion with my Roman Catholic friends and family, but I also feel that if you’re Roman Catholic, this could function as a bridge for discussion the other way too. That point of contact is our use of devotional aids like prayer ropes and rosaries as tools for prayer. I will include a video from Roman Catholic theologian, Dr. Taylor Marshall discussing this very topic from a Catholic perspective, so that you can see both a Catholic and Orthodox perspective on something on which Dr. Taylor Marshall and I largely agree.

To start with, I want to discuss the origin of the concept of rosaries. Now, when I was in Catholic school, I don’t think I was ever actually taught about St. Dominic, or the story about him meeting with the Theotokos and being taught about the Rosary, but it is a cherished story among Roman Catholics, and interestingly enough, I was taught that story later on when I was part of an Anglican Church, and was encouraged to pray the Rosary every day there. What I was not taught about at the Anglican church was that Dominic’s encounter with the Theotokos is not the beginning of the story of the Rosary, but more like the end of its development in the west. The beginning of the story goes much further back.

For starters, we know that from very early on in the history of the Church monastics were taught to pray using prayer ropes. These ropes were very similar to the prayer ropes found in most Eastern Orthodox churches today. They had little notches for prayers. Some of the earliest records we have indicate that these were used to keep track of the praying of the Psalter. See, in monasteries, you pray through the complete Psalter every single day. St. Anthony of Egypt and St. Paul of Thebes were both known to have taught their students to pray through the entire Psalter in a single day. I commend them! I think I would need more than a prayer rope to keep track of that! There are some monasteries that are much more relaxed than that where you pray through the Psalter every week, but either way, some of the earliest prayer ropes were used by monks who had memorized the Psalter to help them keep track of which Psalm they were praying. However, for some monks and nuns, and especially for lay people, this was seen as a lot to ask. Not all monks could read, and whether or not they could read, some of them found it difficult to memorize the entire Psalter, or to keep track of where they were in it, even with a prayer rope. So, what was introduced was a separate rule of prayer devotion specifically for entreating the virgin Mary. This became known as Mary’s Psalter. 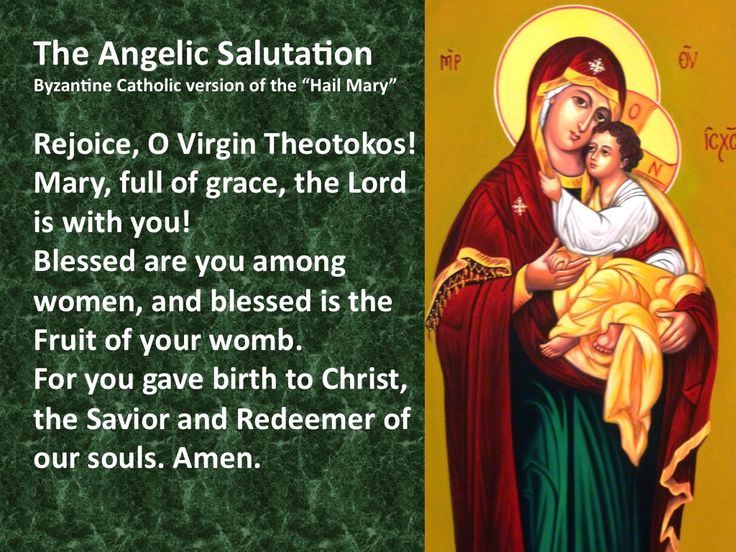 I’ve mentioned this prayer on a couple of occasions in this blog, eventually, I would very much like to do a whole blog article on this prayer. In the meantime, let’s keep discussing the Rosary. So, in both East and West, you have a similar prayer being used. And in both East and West, this prayer could be prayed as part of a more thorough prayer rule, the Marian Psalter, which involved saying the prayer 150 times with the aid of a prayer rope or prayer beads.

Dr. Taylor Marshall shares more information about specific traditions in the video below, but the point is that in both East and West similar devotional practices could be found in the earliest ages of the Christian Church. For example, the rule of the Theotokos involves saying 150 Rejoice O Virgin prayers, grouped together into fifteen sets of ten. Interestingly, St. Seraphim of Serov, a very important saint in my own walk, and one we have discussed here, is said to have had a similar devotional practice towards the Theotokos as well.

Now, as an Orthodox Christian, there are certain practices associated with the Rosary in the Roman Catholic Church today that I do not practice. For example, there are promises associated with purgatory, and there are also certain meditations involved in what Roman Catholic Christians refer to as the “mysteries of the Rosary” Dr. Taylor Marshall explains what those mysteries are so I won’t, but I will just say that those are not part of eastern tradition.

The point of this article is not to say that everyone should start praying the Rosary. I also am not suggesting that the road to the reunion of East and West is an easy or short road. All that I am saying is that we have lots of things in common, and that those of us with a desire to see unity between separated brethren, or even just a desire to have good dialogue with our friends on the other side of the aisle, can benefit from some knowledge of the shared traditions which in the west have turned into the Rosary, and which I believe can be greatly beneficial for us in the Eastern Church as well.

Now, I will add here a word of caution, especially for catechumens and those newly illumined in the Church. First, talk to your priest about the rosary. I did that, and my priest gave me some suggestions so that I am able to use my beautiful prayer beads in a way that is consistent with the Orthodox faith. If you try to pray the Rosary on your own, I am sure that God will be delighted to hear your prayers, however, you may end up adopting some practices that are not or building bad habits. I had a martial arts instructor once tell me, “People say that practice makes perfect, well, that is half true. But if you always practice poorly, you will only do harm to yourself. The truth is that you must learn well, and practice well, and build up your skills. Then perfect practice will make and keep you perfect.” He was spot on, and what is true for the martial arts is, at least in this case, true for prayer too. So, if you try to adopt a new practice like the rosary without the guidance of the Church you’ll probably end up making mistakes along the way. But if you allow your priest to speak wisdom into your life, he will be able to help you adopt the best parts of the rosary while still staying true to the Orthodox faith. Second, don’t allow the rosary to replace any of the foundational prayers of the Church. For example, if you only have time to pray the St. Seraphim rule, don’t try to replace that with the Rosary. Or if you have to choose between the rosary and matins, pray matins, that’s more fundamental. However, if you’re someone who has been trying to think of ways to add more prayer time into your day, and you are able to set aside regular time for it, then with the guidance of your local priest, I think that you can be benefited spiritually by using this tool which the Church has always had in her tool belt.

If you happen to be coming from a protestant tradition, and you find yourself uncomfortable with venerating the Theotokos, I would recommend getting yourself a copy of Dr. Taylor Marshall’s book, The Rosary in 50 Pages. That way you can learn the history of the Rosary and how it developed, as well as the theology behind it and the reasons for it. I’d also recommend reading some other books about how the Church has historically understood the Theotokos. Most especially, I recommend reading, Know The Faith which I will include a link to at the bottom, that book even shows how the earliest protestant Christians viewed Mary, and it may surprise you to know that the earliest protestants were much more similar to the Catholic and Orthodox Church than most modern protestants are!

The Eastern Orthodox also have another tool called a Chokti. The Chokti is very important and fundamental. So, I will have a part two of this article, in which I will explain how Eastern Christians use a Chokti, and will encourage Western Christians like Catholics and Protestants to embrace this very sacred tradition, in much the same way that I am here speaking to my brothers in the east about the Rosary. So, stay tuned for that, and God bless.

St. Tsar Nicholas, and oh virgin Theotokos, pray for us