The Translation of the Relics of St. Ignatius of Antioch 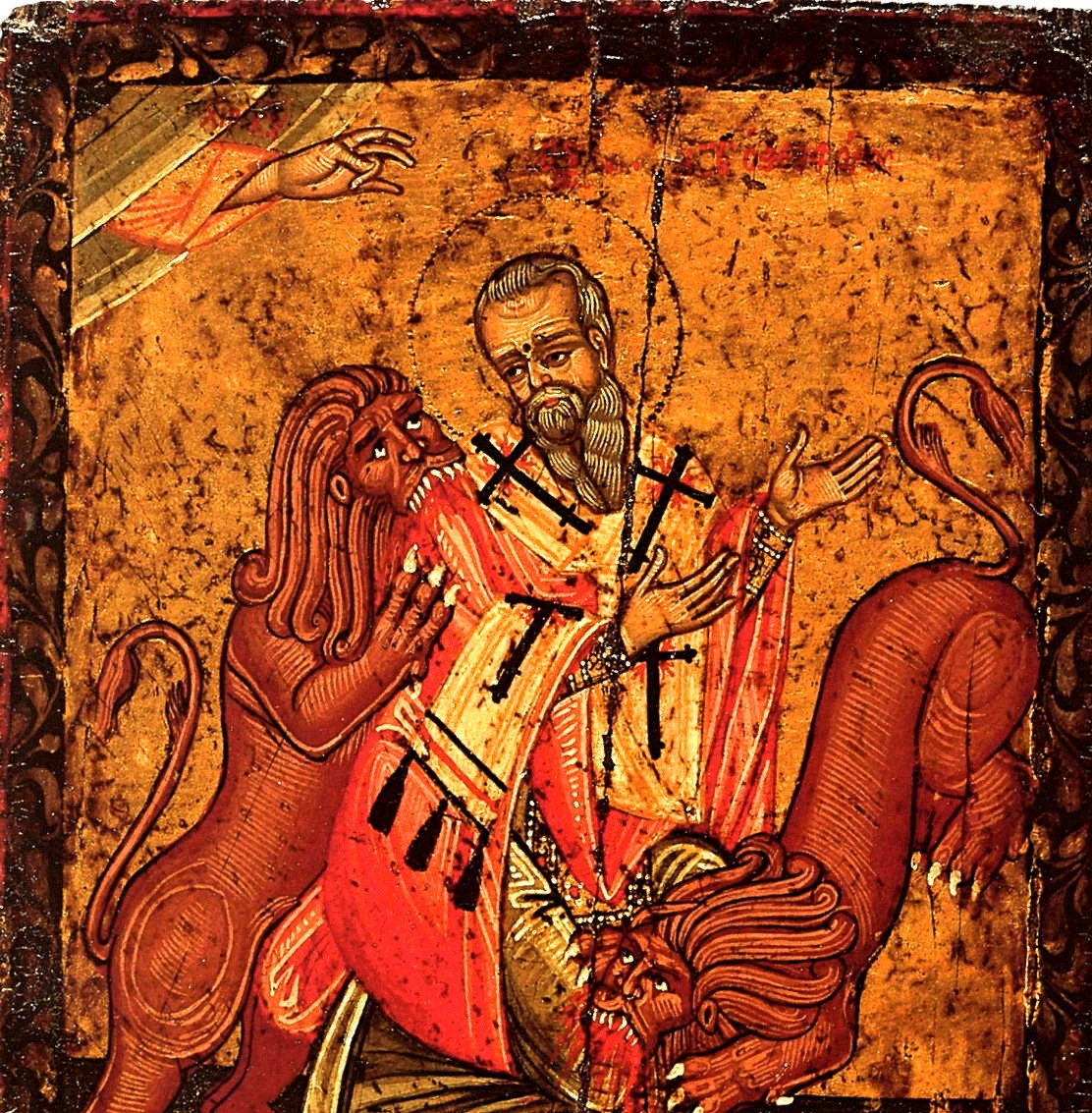 Today I want to start a new series of reflections on saints of the day. I won’t be the only one contributing as hopefully all of the owners and even some of the employees will be able to join the fun.

For today, our feast is the Translation of the Relics of St. Ignatius of Antioch.

Ignatius kept the fire of faith alive, constantly encouraging and teaching his fellow believers, and calling them to lives of virtue, as well as lives of submission to the bishops of the Church. His life and teachings were a great blessing to the Church. Ignatius was eventually martyred for the Lord on December 20, 107 AD. When the Romans released lions and wild beasts to devour Ignatius, the beasts became docile, it was as if the beasts themselves refused to kill so righteous a man, bu Ignatius shocked the crowd of onlookers by slapping the lion and shouting, “No you dumb beast, you will not deprive me of my glory.” The lion was startled, but then enraged and proceeded to devour Ignatius.

After his death, members of the Church in Antioch he had served came and took the bones of the righteous man. And his bones became relics. In the year 108, the relics were buried at Daphne in Antioch. But later in 438, they were transferred again. In 540 AD the Persians conquered Antioch, and the relics were almost lost, but they were able to be taken to Rome, where they are in the Church of the Hieromartyr Clement to this day.

These relics are very special to the Church as they represent some of the oldest relics of so saintly a Martyr, the bones of St. Ignatius still inspire many to this very day to pick up the banner that Ignatius himself so boldly upheld.

The Principle feast of St. Ignatius of Antioch is December 20. The feast of his holy relics is January 29.

May the Lord God bless us as we ponder the great martyr, and the bones that testify of his glory. And may the Lord grand that we would see the day that those bones will rise up with new life in the light of the resurrection of the just, and all that dwell on earth will fall down and worship, and will praise, and bless, and celebrate with song the Lord of Spirits.

St. Nicholas the Passion bearer and St. Ignatius the God bearer, pray for us now and always.