The Weight of Conversion

Tuesday, January 25, 2022 Comments (0)
Shaking off The BurdenWorship is Sacrifice 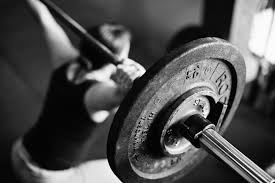 I really enjoy a podcast called Gospel Simplicity. This is a very honest, open, sincere, and edifying podcast by an evangelical protestant theologian named Austin Suggs. I really like Austin as a presenter, and I really appreciate his mission to share the gospel in a way that is both clear and full. I also appreciate his motto of “love across the aisles.” A motto he lives up to very well. Recently, Austin has had several videos discussing Orthodox Christianianity, and after a year of studying about Orthodoxy, Austin made a video titled, “A Protestant Looks Into Orthodoxy: One Year Later.” This video is really good, and I hope you’ll take the time to watch it (link below), but one particular point that Austin made has had me pondering since that video aired, and I think perhaps it would be useful to share those ponderings here. Specifically, Austin replies to the questions of some of his viewers about whether or not he is considering converting to Orthodoxy, he offers a few different answers, but two of them in particular stood out. Namely, he says that he doesn’t think converting to Orthodoxy would have been an option for his ancestors, and more importantly, he says that he is concerned that too many people are treating conversion as too light a thing, so, I would like to examine those two ideas, particularly the latter, a bit deeper.

Let me begin by expressing that actually, some of Austin’s points about why he hasn’t converted to Orthodoxy and is not a catechumen at this time are some of the very things that kept me from joining the Church for years. For example, Austin notes that he is engaged, and does not want to make such a large decision without his wife to be. And he also notes that he is a seminarian at Moody Bible College in Il (God save Chicago!) and he is not certain he could finish his degree, or what he would do with it if he did convert. Both of those issues are things I can understand. I myself had to think about how it would affect my family when I was looking into Orthodoxy, and my career path and ministry were also considerations. So, first off, God has blessed me with a bookstore, and Freed Indeed is doing better than ever, moreover, my wife respects me far more as a man of conviction than she would if I didn’t follow what I believe to be right. As the husband, I am called by God to be the leader of my wife, so ultimately, she would expect me to do what’s right no matter what. Part of leading my wife is making decisions that may require sacrifice, and when I did, far from making my educational and ministry backgrounds void, God filled them with meaning and purpose beyond anything that I could ask or think. So, Austin, if you read this (which is unlikely), I hope you can draw some measure of encouragement from that if you do decide to look into Orthodoxy more seriously.

Again though, the biggest two points Austin made that I’ve been thinking about were 1. My ancestors probably couldn’t/wouldn’t have been Orthodox, and 2. Conversion is being treated too lightly in our day. So, let’s dive into those premises.

First, Austin said that while the Orthodox practices are “beautiful” something about them did not feel “natural” to a westerner. He clarifies this by saying, “Like, I’m not sure Orthodoxy would have even been an option for our forefathers.” Now, I will be totally honest and say that this argument flat out doesn’t sit well with me for two reasons. Firstly, at one point there was only one Church. So, if your family tree has been Christian long enough you already have relatives who were (and indeed still are if they were faithful) Orthodox. Thus, the most natural thing in the world by his own logic is to follow his ancestors by being part of the Church they were in. In fact, by this very logic, his evangelical protestantism shouldn’t be an option, since protestantism itself came out from Catholicism, and therefore, at some point the fact that Austin was raised protestant and not Catholic means that at least one generation of his relatives made the decision to convert. So, why side with those relatives over the ones who came before them?

As a second point against this idea, Austin is a gentile, not a Jew. Thus, at some point his relatives doing what was “natural” to them was to worship false gods. In fact, even St. Abraham himself was at one time in his life in a pagan family and was forced to “get up and leave his father’s house” and “go to the land of Canaan”. So, even St. Abraham, the father of the Jews, was not immune to the reality that sometimes to follow the true God we must embrace sacred traditions and abandon familial ones.

So, to recap on that before I move on, my two issues with this first rationale for remaining protestant are A. The argument is self-defeating since Austin is currently a protestant, and therefore part of a tradition of revolt against another tradition, and therefore the logical thing to do if you wanted to honor your ancestors would be to stop revolting against their institutions. And B. If I look back in my own family tree far enough, I can find people worshipping trees and rocks, and even demons. Yet I am an Orthodox Christian who refuses to worship trees, rocks, or demons.

First, I will grant that there is a point at which Austin is correct. There certainly are people who treat conversion much too lightly. For example, I have an acquaintance, I will call him Tommy for the purpose of this article. Tommy has converted to several religions in the time that I have known him, and most recently has nearly completed the long process of converting to Rabbinic Judaism. A friend of mine, Caleb, even took the time to have a formal debate with this young man over subjects so important that his soul hangs in the balance, and he literally showed up late, and walked out without even having the respect to listen to Caleb’s arguments. Since then, I’ve approached Tommy with several books that refute his own claims, or that demonstrate that Jewish scholarship itself refutes Tommy’s claims about Christianty, and he doesn’t care. That’s treating conversion far too lightly, Tommy is converting from a religion he has not even taken the time to understand, to a religion he seems to have been romanticizing. That’s just one example, Austin mentions a few other examples of people who have converted, “two or even three” times in the same calendar year in which he has been exploring both Orthodoxy and Roman Catholicism. Such a state of affairs is deeply troubling for thoughtful persons.

Still though, we live in an era where whole books are being written about the phenomenon of conversions en mass from Evangelicalism to Orthodoxy and Catholic traditions. For example, the book Evangelical Exodus from Ignatius press examines this from a Roman Catholic perspective, and Dr. James White has spoken on The Dividing Line on more than one occasion about the fact that some protestant universities are even writing articles questioning why so many of their students are converting to Catholicism, to say nothing of Orthodoxy. The Orthodox Church for her part has been writing an unprecedented amount of books, pamphlets, articles, videos etc for the purpose of catechizing the masses of converts coming into the Church. In fact, Patriarch Kiril has spoken about the fact that we can’t build churches fast enough for the influx of converts we’re getting, and that’s not just in Russia. My own small mission parish has swelled with new members from many different traditions (myself included). And I have noticed that when reading these books, articles, blogs, etc, one thing that almost always comes up is the deep wrestling and struggle that went into these conversion decisions for the vast majority of these Evangelical Exodites. So, unless all of these people are liars, I don’t think that the massive influx of people coming to and staying Orthodox is all because they treat conversion lightly. If anything, the deep wrestling of these people seems to suggest quite the opposite.

Moreover, the Orthodox Church actually has a fairly intense conversion process. In many ways the Orthodox Church in particular could not be called “seeker sensitive”. It usually takes people a year of catechesis just to join the Church. I’m reminded of a friend of mine who I will call Aaron. He was reticent to join an Orthodox Church because he didn’t want to jump in all at once. I told him, “the thing is that the Orthodox Church isn’t going to allow you to join all at once.” He was shocked, his evangelical church had made him into essentially a deacon within a very short time of him joining, and his ability to join was basically just him approaching the pastor and saying, “Hey can I join?” Then signing something. So, I encouraged Aaron to visit his local Orthodox Church. Two years later Aaron is a faithful Orthodox Christian who moved to a totally different country and couldn’t be happier to be Orthodox. See, Aaron was scared that he would move to fast, perhaps Austin is also scared that he will be tempted to move too quickly, but Orthodoxy is like the Ents from Tolkien’s Lord of the Rings. We take a long time to say (or do) anything, and we never say (or do) anything unless it is worth taking a long time. You joining the Church is worth taking a long time.

So, really what I would suggest for anyone looking into Orthodoxy. Don’t let the fact that someone you know had bad reasons for converting from one religion to another dissuade you from looking into Orthodoxy. You may end up deciding not to join, but at least take the time to attend the liturgy, meet with your local Orthodox priest and ask him questions, read the Church Fathers. If you don’t join Orthodoxy, at least take the time to understand what it is you’re rejecting. If you do join Orthodoxy, you’ll end up wishing you had done so years earlier, but like I said, you don’t need to worry about going too fast, Orthodoxy doesn’t do anything fast, and while that can be frustrating for a lot of people, it is actually a very good thing.

I hope and pray that this helps. Austin is a really great content creator with an awesome podcast, and if you aren’t listening to it I hope you will start. His main two arguments why he personally isn’t currently pursuing Orthodox conversion are that his ancestors “couldn’t” have become Orthodox, and that he doesn’t want to rush anything. To the former, we can see that this is a self-refuting argument. To the latter, we see that this something that some people have unfortunately done, but the Orthodox Church itself will make pretty difficult to do. Finally, the best thing I can encourage Austin, or anyone really, to do, is read good books, listen to good lectures/podcasts/audiobooks/etc, and take some time to participate in the liturgical cycle, as well as befriending your local priest. Doing that will be the best way to come to understand Orthodoxy. Whether you convert or not is up to you, but you owe it to yourself to be informed.