Thursday, January 27, 2022 Comments (0)
The Weight of ConversionThe Translation of the Relics of St. Ignatius of Antioch 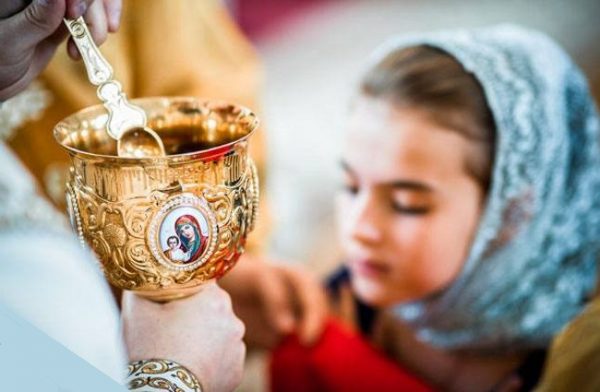 “Above all, to love God means to worship Him. Worship in Scripture is centered on sacrifice. And what is sacrifice? It is not about killing animals or merely giving something up. Not all Old Covenant Sacrifices even involved animals (some include drink, wheat, cakes, etc.), and a thing can be given up without it being a sacrifice. The clue is that sacrifices were always in the form of food. To sacrifice is to share a meal with your god. All ancient religions practiced this. Food was set on an altar before the god. Part of it was given to him, part to the priests, and part to the people. In offering and eating of the sacrifice, therefore, people gave hospitality to their god and came into communion with him.”

One thing that I have sometimes heard as a point of confusion for people discovering Orthodoxy in the United States is the issue of the Saints. Often, we are accused of “worshiping the Saints.” What people are used to is an argument about dulia, latria, and hyperdulia, or something to that effect. All of that can be useful, however, what people generally get from Orthodox Christians is a confused look or even a laugh, followed by, “The only way someone could confuse my honoring the saints with worship is if they had never actually worshiped.” This response seems confusing, especially if you’ve been going to church your whole life. So, for the sake of our edification, I would like to clarify what exactly real worship is, and when we have done so, it will be clear that Orthodox Christians do not in fact worship the Saints.

First off, I have shared the above quote from Arise O God, which I think is helpful here. To worship is always associated with sacrifice. Now, most protestants think of “sacrifice” as either the killing of something (which is part of why they believe in a doctrine called “Penal Substitution”), or maybe more conservative protestants may think of sacrifice as “giving something up. However, this is not the way ancient people, including the Bible writers, viewed sacrifice. In ancient times, sacrifice was seen as a communal act wherein the worshipers commune with their god by offering them a meal and partaking it with them.

I’ll now share the following paragraph from Damick in which he explains what Christian worship actually is:

So, we see that the Eucharist is in fact the central act of Christian worship. It is when we partake of the Eucharist that we worship God because it is in this act that we are partaking of and communing with the One True God. The Eucharist is never offered to the Theotokos, nor to any other Saint. Hymns, icons, veneration, bowing, prostrations, etc, are all acts of praise and honor. They may even be called acts of veneration. And they are good to give to God. They can even be part of worship, so long as they are peripheral to an actual act of worship and not mere ends in themselves. But all of those are things that are not at all a sin to offer to someone other than God.

For example, a husband may sing a love song for his wife. One of my favorite hymns written by a protestant is I Vow to Thee My Country, most of which is actually a patriotic song. Only the last verse even talks about God as being greater than one’s country, the rest of it is about honoring your nation and seeing her as your mother, a mother worthy of your life, and even of the sacrifice of your life in war. As a relevant aside, that is why I hate the fact that this hymn is usually sung without the second verse. If you listen to the hymn with all three verses intact, you’ll find that it tells a story of a young man learning that his nation is at war. He vows to his country the service of his love, and joins the military, being willing to make “undaunted, the final sacrifice”. Then he hears his country calling him, “away across the sea” when he looks he sees her, his mother with her sword at her side and helmet on her head. Beneath her are corpses of the enemy, but also the brave men who have come to the fight before him, and our young hero looks upon this carnage, then “hears the noise of battle, the thunder of her guns” and without hesitation does what we already were told he would do, “I rush to thee my mother, a son among thy sons.” As stated, this culminated in the final verse, where we learn that the young man was killed in combat, but thankfully, he wasn’t just a loyal son of his country, but was in fact a Christian, and now he experiences that better country for which we all long.

Now, I don’t think that anyone would say that I Vow to Thee is idolatrous, and I would hope no one would think that it was idolatrous when my wife sang a song for me on the night we got married. None of that is “worship.” So too, singing a song or talking to, or even honoring, a Saint is not worship, it’s just giving due reverence to someone who has already run their race and overcome.

The Orthodox Church is actually very clear and very careful NOT to worship saints or Mary. For example, when we offer the Eucharist, one of the prayers of the priest says that he is offering this sacrifice on behalf of the world in general, all Orthodox Christians, those worshiping in this particular Church, all the Saints who have gone before, and especially for our lady Theotokos and ever virgin Mary. However, when we sing the responsorial (which is the prayer “More honorable than the cherubim…”) then he says that he is offering the Eucharist TO the only God. So you see, we offer it for (or on behalf of) ourselves, the saints, and even Mary, but we offer the Eucharist to (or as worship of) God alone.

I think that a large part of the reason why people from mega-churches feel that Orthodox Christians worship the saints is not because of a problem with Orthodoxy, it’s because of a much bigger problem. Most evangelicals have a very low view of the Eucharist as something that is only a “symbol” and which really doesn’t do anything. Calvinists at least see it as a “means of grace” but that term is vague and generally unhelpful. Protestants in general do not see the Eucharist as essential in any way, and certainly not as the heart and soul of worship. They see Christian rock accompanied by swaying with lifted hands as worship. I don’t say that to mock, I say that because that is true. For Orthodox Christians, that is all at most veneration. It’s nice, but it isn’t worship. So, if we think that all worship is is saying words of praise, then I understand why you would think that Orthodox Liturgy involves worship of Saints. But then again, if we really think that all honor and praise is worship then I can never compliment my wife again, I can never sing her songs, I can never tell her that she is “wonderful to me above all women”, nor can I ever write kind emails to my mother or father, because after all, I wouldn’t want to accidentally overstep into worship. On the other hand, if we rightly understand an Apostolic (and therefore biblical) view of worship, then we will see that Orthodox Christians worship God alone, and are constantly striving to worship Him more, better, and more fully. Do we fall short, of course, everyone does, do we sometimes fail, yes, do we need correction, absolutely. But at the end of the day, that’s true of everyone, we are all trying to be Christians and most of us aren’t doing a great job, but God is so good and merciful, and His love should draw from us praise, adoration, and to Him alone, even worship.